Rob Pattinson Gets Stomped By ‘Water For Elephants’ Role 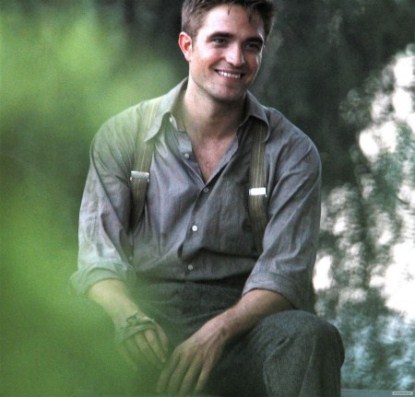 Robert Pattinson “didn’t realise” how big his role in ‘Water for Elephants’ was until the movie was well advanced in its filming.  The 24-year-old actor – who plays vet Jacob Jankowski who falls in love with circus performer Marlena Rosenbluth in the film – was stunned his workload was much bigger than that of his co-stars Reese Witherspoon and Christoph Waltz.

He said: “When I first read the script – because I didn’t have that many lines – I just thought, ‘Oh OK I get it. I’m like the eyes of the audience.  It’s going to be a big spectacle movie that isn’t solely resting on my shoulders.’  So I was very relaxed about it, going in.  “I only realised about halfway through.  I was working every single day.  Reese was hardly ever in and Christoph only came in sporadically.  I was like, ‘How did this happen?’ “

The ‘Twilight Saga’ star is hopeful fans will enjoy the movie because it is so different to anything else being made at the moment.  He added in an interview with Empire magazine: “Hopefully people will think it’s a good movie.  I have a feeling that a lot of people will like it.  I don’t think a lot of other movies coming out are anything like it, and when I was working on the film, it didn’t feel like anything else that was being made.”

Well there you have it straight from the vampire – his new movie is great!