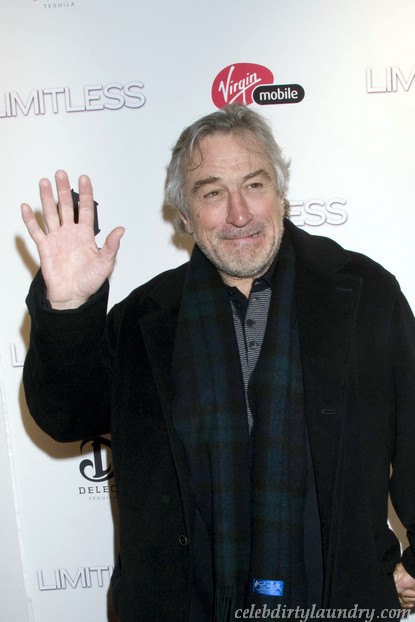 If you heard the news that Donald Trump might run for the Presidency of the U.S. and thought, ‘Hey, that’s crazy’, then you’re not alone!

There’s been a lot of hoopla surrounding whether or not the Donald will run for office, but one person who isn’t buying it? Robert DeNiro.

He won’t name names, but it’s pretty obvious that his remarks are aimed at He Who Has Dead Rat On His Head. In a recent interview, Robert said, “How did we get to this point? This is crazy. I won’t mention names, but certain people in the news the last couple of weeks, just, what are they doing? It’s crazy. They’re making statements about people that they don’t even back up. Go get the facts before you start saying things about people.”

The interviewer then asked Robert if the person he was referring to has a television show on NBC, to which he replied, “Yes. It’s like a big hustle. It’s like being a car salesman. Don’t go out there and say things unless you can back them up. How dare you? It’s awful. Just go out there and speak and say these terrible things? It’s crazy.”

Do you think Trump would do well in the political arena? Let us know your thoughts in the comments!