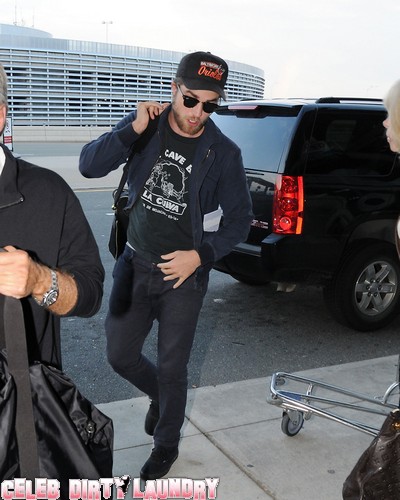 Reports have surfaced that Green Day’s Billie Joe Armstrong would like Robert Pattinson to play the lead role in a film version of the hit stage play ‘American Idiot’. When asked which actor he would choose, Armstrong revealed:  “I’m gonna say that kid in “Twilight”. He’s a good actor. There’s still more to come with that kid.”

The 25-year old ‘Breaking Dawn’ star originally pursued music before landing the role of Edward Cullen in ‘Twilight’. He was even asked to contribute songs to the film’s soundtrack after director Catherine Hardwicke saw him perform. Pattinson has expressed his reluctance to pursue music since he wants to avoid being another actor/singer.

‘American Idiot’ is based on the concept album of the same name. It follows three men as they venture from their oppressive life in Suburbia and attempt to find freedom in the city. Pattinson, who has shown promise in mediocre films like ‘Remember Me’ and ‘Water for Elephants’, has not be given a chance to prove his acting chops. That may change with the release of his next film ‘Cosmopolis’ but there’s no denying that Pattinson would from being a part of ‘Idiot’.