Robert Pattinson and Ashley Greene Party In Stockholm Until 3:30 AM 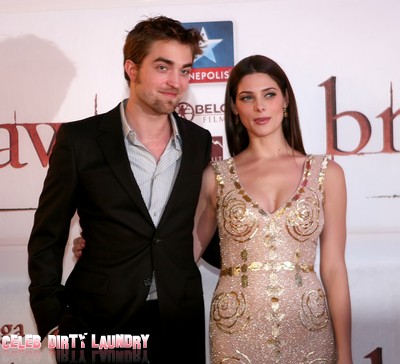 Robert Pattinson and Ashley Greene took some well needed R&R as they Breaking Dawn stars treated themselves to a party night in Stockholm, Sweden.

Taking a break from their hectic work schedules to do some promotional work for the Twilight Franchise Robert and Ashley have already visited Paris and Brussels.

HollywoodLife.com spoke to Jonas Ghauri, the General Manager of Cafe Opera the nightclub where the pair were until early morning on October 27 on their party night – and Hollywood Life also spoke with a patron who as the club and said Ashley and Rob looked to be having an amazing time.

“They were with a group of people, and they had a table in the VIP-section,” Jonas tells HollywoodLife.com. “They stayed almost until closing — it was 3:30AM when they left! Celebrities are in here all of the time, Joe Jonas was just in town for the Britney Spears show!”

“Ashley looked great with her hair tied up and they drank champagne, wine and looked to be having the best time.”