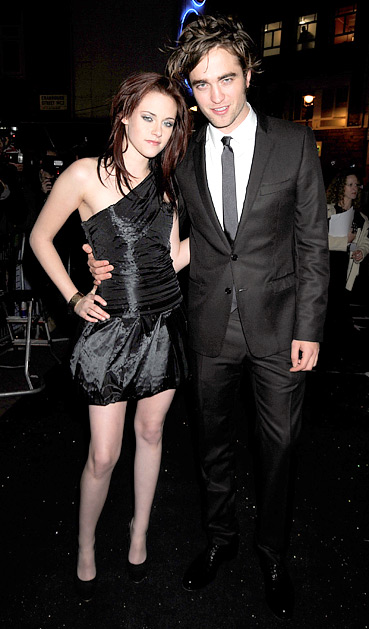 Robert Pattinson and Kristen Stewart have gone to Vancouver, Canada.  The pair traveled from Baton Rouge, Louisiana to Vancouver to continue filming the Breaking Dawn movie and it’s not the Twilight couple’s first time in the Canadian city.

On Pattinson and Stewart’s previous trip to film New Moon, the duo got a room on the 12th floor at The Sutton Place, located in downtown Vancouver.  Equipped with picture-perfect sea and mountain views, the hotel serves up plenty of luxury surroundings.

Even so, Robert Pattinson and Kristen Stewart still felt the need to occasionally escape the luxury hotel after filming. Mimicking their Twilight vampire ways, it seems they frequently snuck out of the hotel at all hours of the night.  Now that R-Patz and K-Stew are back in Canada for Breaking Dawn, it seems likely they’ll shack up together at Sutton Place again.  Unless of course they want a change of scenery.

Meanwhile Robert who is rumored to be a presenter at the 83rd Academy Awards is likely to walk the red carpet at the Academy Awards alone Kristen’s hectic work schedule will probably prevent her from joining Rob at the bash.