Robert Pattinson Ashamed Of His Physique 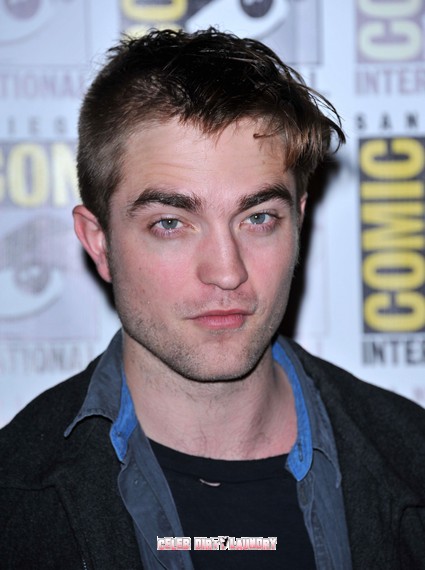 These days many Hollywood hunks spend lots of time and effort sculpting their bodies into a state of athletic readiness and beauty but not Robert Pattinson.  And so Robert Pattinson was plagued by insecurities during the filming of The Twilight Saga: Breaking Dawn because he had to take his top off.

Robert was promoting the upcoming two-part vampire movie at the Comic-Con event in California on Thursday and when a fan asked him about his most anxious moment on-set, the star admitted it was baring his torso.

He says, “The thing I was most nervous about was taking my shirt off. I’ve managed to have my shirt on the whole series. In the book, (my character Edward is shirtless) almost every three pages. (I thought) ‘How can I wear a T-shirt in the sea? Or a onesie?'”

He also warned fans not to expect too much from the shirtless scenes, quipping, “I don’t want to get anyone’s hopes up. I look like an inflatable frankfurter in some of those.”