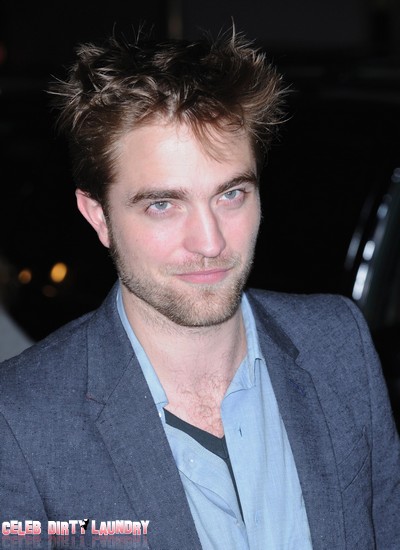 Robert Pattinson took a fan out to dinner because he was “chronically bored” but the charming actor actually ended up boring the fan to death!

Rob was filming 2008 Salvador Dali biopic ‘Little Ashes’ in Spain and after being followed by a female admirer for several weeks, he asked her to spend the evening with him – and was shocked that she never came back to see him again – guess he was just too boring.

He revealed: “I was playing Salvador Dali in Spain and there was this one girl waiting outside my apartment every day for about three weeks. There was one day when I was just so chronically bored I said to her, ‘Do you want to just go to dinner or something?? No one else wants to hang out with me.'” Why do I doubt that Rob had trouble finding pals to hang out with?

“Her parents had a restaurant, she took me there I complained about everything in my life for about two hours, then she gave me the bill to pay and was never back outside my apartment ever again.”

What else went on during that date?