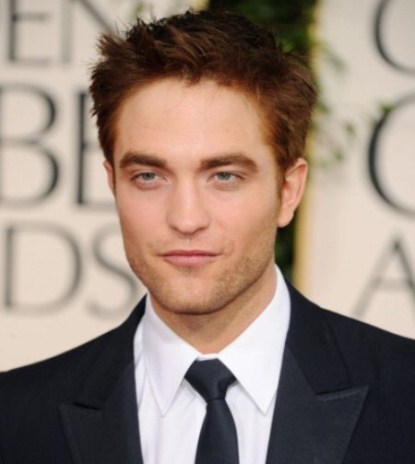 Robert Pattinson who debuted his new redhair last night at the 68th Annual Golden Globes last night was doing some talking about the next installment of the Twilight Saga:  “Breaking Dawn.”  In an interview he gave to MTV on the red carpet he speaks about the final scene of Breaking Dawn and Kristen being a vampire. (Video under the cut)

“There’s like a 27-minute sequence for the final sequence, and it takes forever to shoot,” Rob explained. “There’s like 75 people in it. Oh my god. On a piece of fake snow, surrounded by green screen, for like a month. It’s driving me absolutely insane.”

Furthermore Robert talks about Kristen being a vampire:

“It’s like she wanted to do it the entire time. I mean, it’s really funny. It’s a completely different environment on the set when she’s a vampire to when she’s not. I think she’s going to do really well.”

What do you think are you as excited as I am about seeing the movie?  How do you think Kristen will do as a vampire?