Robert Pattinson Has A Phobia Of Horses 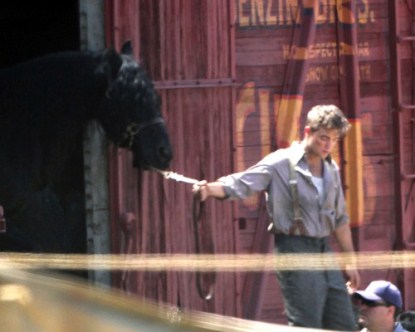 Robert Pattinson, 24, has admitted he has a phobia of horses.   Furthermore, Robert being afraid of horse caused a few problems on the set of “Water for Elephants.”  Robert said one scene with a stallion left him shaken.   “I had to get knocked down by a horse,” explained the Twilight star. “That was terrifying.  It was just one split second but [it was] a fully grown stallion – I’m kind of relatively scared of horses as well.”

Robert said there was a silver lining in the cloud – he was very thankful he did not have to ride a horse since he is not a very good rider either.