Robert Pattinson Is Hilarious In Bed! 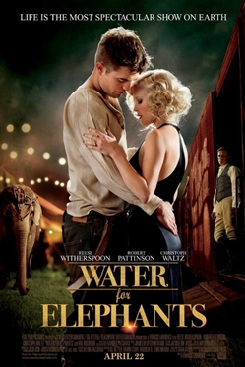 The Twlight Saga: Breaking Dawn star Robert Pattinson will next be seen in Water for Elephants where he stars as a veterinary student Jacob Jankowski abandons his studies after his parents are killed and joins a traveling circus as their vet.  In the movie Reese Witherspoon plays his love interest Marlena Rosenbluth.  Reese recently said that when doing the love scenes with Robert she could not keep a straight face.

“Robert is handsome and gorgeous but also hilarious,” says Reese.   “A lot of the time he’s funny without even knowing it. We were both in stitches a lot of the time and especially for those love scenes. That really got us through.”

The movie is expected to be released April 22nd, 2011.  Meanwhile,  Robert Pattinson recently revealed tha the does not always think before he opens his mouth and it has led him to some uncomfortable situations.  Robert said, “I guess I am quite shy and I also like to do things where I have a little time to think about what I’m saying first. “