Robert Pattinson Is The E! Celeb Of The Year 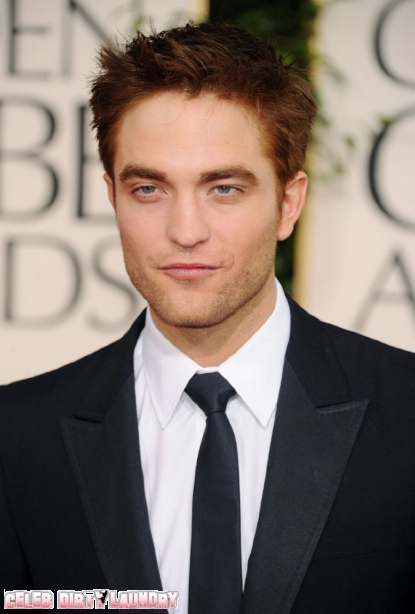 After rounds and rounds of voting (thanks to the awesomeness from people like you), Robert Pattinson has been crowned the E! Celeb of the Year. The Twilight star won the title for the second year in a row.

Over a month ago E! introduced 64 big name celebs who seemed to dominate/take over Hollywood this year and asked viewers like you to vote for their favorite. Some of the contenders included: Charlie Sheen, Kate Middleton, Justin Bieber (I’m actually surprised this lil’ nugget didn’t take home the gold after all he did in 2011), and pop princess Britney Spears.

Sources at E! say that Kate Middleton was super close to taking home the title, but unfortunately her royalty wasn’t quite sparkly enough to outcompete the vampiric charm of R Pattz, or the awkward allure of Kristen Stewart, who came in at second place just behind Robert.

The winner of this coveted title receives a grand prize of $25,000, courtesy of E!, which is to be donated to a charity of the actor’s choice. Wonder what organization R Pattz is going to choose? We’ll definitely keep you updated.

Look forward to lots more juicy celeb gossip in the year to come. Who do you think will be the hottest mess in 2012? Who do you think will be the New Year’s biggest star? Post your predictions below. Or, if you’re just not into sending us your prophecies, make sure to stick by us during the 2012 year to stay up-to-date with the latest happenings within this crazy Celeb World of ours!