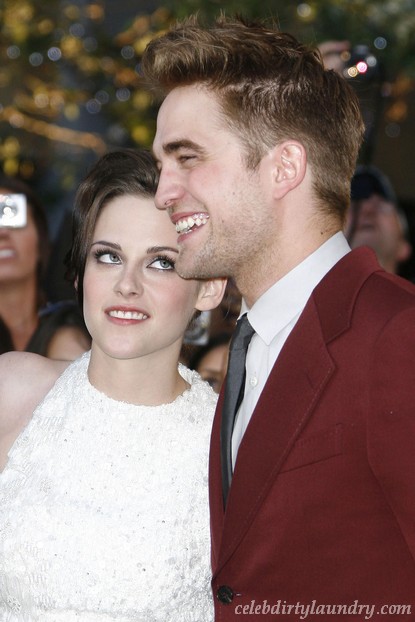 According to Twilight director, Catherine Hardwicke, Robert Pattinson and Kristen Stewart had an instant attraction the moment they set eyes on each other!

Catherine said, “She felt connected to him from the first moment. That electricity, or love at first site, or whatever it is.”

The twosome first met in Catherine’s kitchen in Malibu, California. After they shared their first kiss, Kristen helped Rob get the job. She said, “Kristen was like, ‘It’s got to be Rob!'”

Catherine made Rob make a promise before giving him the role of Edward Cullen. She said, “You’ve got to realize that Kristen is 17 years old. She’s underage. You’ve got to focus, dude, or you’re going to be arrested. I made him swear on a stack of Bibles.”

How cute! I just love them together, don’t you???