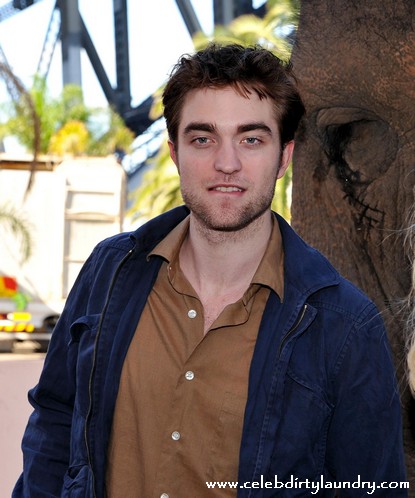 Robert Pattinson has admitted that he was teased for being cowardly when he ran from a zebra on the set of Water for Elephants.  Speaking on the BBC’s The Graham Norton Show, the actor recalled how the animal had charged at the cast – prompting him to move out of its way, forgetting all about his co-star Reese Witherspoon.

“Zebras are impossible to tame,” he said. “One of them pulled away and ran towards me and I got out of the way.  Afterwards everyone thought I was a pussy getting out of the way, and apparently Christoph Waltz had got in front of Reese and other actresses and protected them.”

However, the Twilight Saga star confessed that he was so annoyed by the taunts that he went to watch back tapes of the incident.  He added: “I watched the playback and Reese just literally grabbed Christoph as a shield.”

Oh well, my dreams of Rob as hero are forever dashed!