Robert Pattinson Tried His Best To Get Abs Like Taylor Lautner 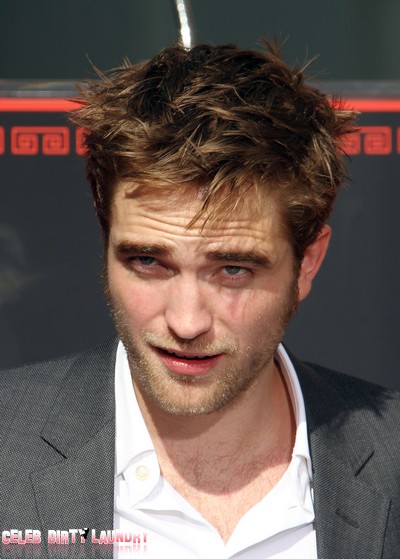 Robert Pattinson has admitted to feeling the pressure when it came time for his ‘topless’ scenes.  He confessed that, “Taylor just ruined the whole series for me.  As soon as he buffed up, I went, ‘Well I’m throwing in the towel’ on New Moon”.

In hopes of looking good for the honeymoon scene in Breaking Dawn (admittedly my man is self-conscious…cute), both Rob and Kristen hit the gym and laid off the junk,

“I didn’t eat any candy and I didn’t drink any beer for a while, I went kind of nuts. Me and Kristen went nuts working out, because we hadn’t worked out for any of the previous films. I had it for, like, two weeks. As soon as I didn’t have to be shirtless anymore, my good habits were gone immediately,”

“During filming in Brazil, the day before I had to do my shirtless scene, I realized my abs weren’t as good as Taylor’s, so I just ate every bit of chocolate in the minibar. I started eating cheeseburgers and stuff.”

He was quick to add that once the honeymoon scene was filmed, he gave up being healthy immediately upon wrapping.  Oh Rob, don’t you know by now that I’ll take you any way I can get you – abs or no abs!  Taylor Shmaylor!