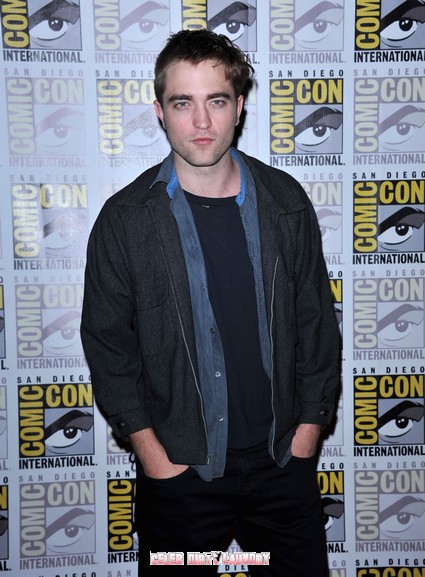 Joking about the possibility of adult-oriented ‘Twilight’ material Robert said: ‘Bella becomes a vampire in this movie. We get married and sleep together. I haven’t read the script yet but I’m sure it’ll be good. I’m wondering how they will be able to translate this on screen. We’ll end up with an R-rated movie. Can you imagine if we decided to go in and turn ‘Twilight’ into a hardcore saga for adults with sex scenes and everything?’

‘We’ll end up having to ban it for people under 16. Summitt would suddenly become the most progressive studio in the world. It would be funny.’

I’m sure that Vivid Entertainment would be right there to offer Rob and Kristen unlimited funds if they decide to take their love ‘light’ into the adult sphere.