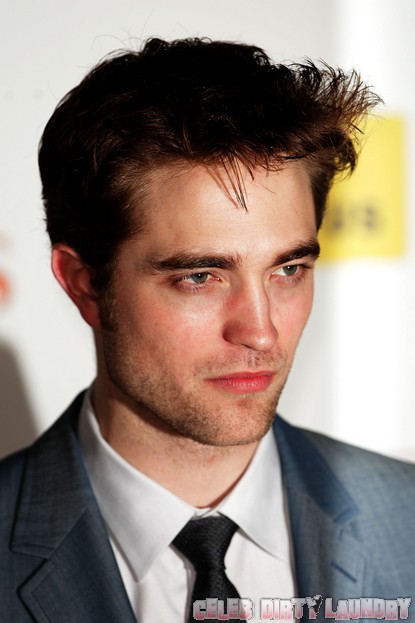 Breaking Dawn actor Robert Pattinson has revealed his plans for the future — he wants a wife!

Robert is said to be dating his Twilight co-star Kristen Stewart, and says that, in the future, he wants to grow old with his wife. How sweet.

Even though there were rumors that Rob isn’t exactly the romantic type, that sure sounds romantic to me. In a new interview, he said, “I want to be with my wife. Sitting on a deckchair, sipping some tea, and reading books in a retirement home, in a beautiful and warm place. I’m a romantic guy.”

There are even reports that have surfaced, suggesting that he and Kristen are headed for splitsville. A source said, “Rob may soon be a single man – he loves Kristen, but has suggested they have less in common. He seems to be finding the relationship tough at the moment – sometimes Kristen just wants to stay in watching films or listening to Bob Dylan. Their hectic work schedules mean they’re spending less and less time together and things seem to have become more distant between them.”

The source continued, “Rob is becoming one of the most in-demand actors around. He’s finding it hard to juggle work and a relationship, but he’s torn because he finds it hard to imagine splitting up with Kristen as they experienced so much on Twilight together. She helped him become the star he is today. He’ll always feel loyal to her because of that.”

Do you think they’re going to split up?