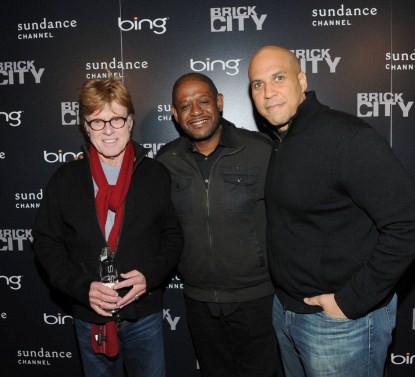 Yesterday, Bing hosted a private screening of Sundance Channel’s “Brick City” Season 2 and then The Bing Decision Maker Series with the cast and filmmakers at Bing Bar. Mayor Cory Booker, Forest Whitaker (the film’s EP), and Producer/Director Mark Benjamin all participated in the panel discussion, moderated by Producer/Director Marc Levin. Robert Redford, Rosie O’Donnell and Isabella Rossellini stopped by to support the documentary.