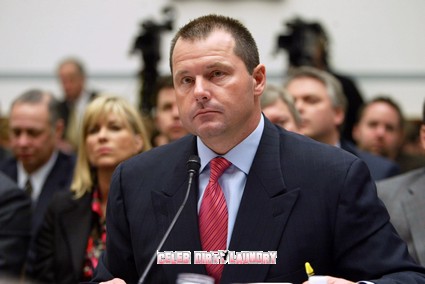 Roger Clemens used steroids and HGH in order to improve his major league baseball pitching as he got older. So did hundreds of other players who walked away from their performance enhancing drug use free men.  Clemens made the silly mistake of lying to Congress about his steroid use and wound up charged with perjury in a trial in which a guilty verdict could have landed him with 30 years in jail and a $1.5 million fine!

What nonsense is this whole circus – does Congress have no better work than to harass professional baseball players? The USA faces global terrorism and a dying economy and yet Congress is worried about what professional athletes do to perform at their best?

So Clemens lied to Congress about taking steroids – big deal. He should not have been put in a situation where he felt forced to justify or deny his behavior to the government in the first place.

During the trial the government showed video evidence against the judge’s orders forcing the honest judge to declare a mistrial.

The key issue here is not about whether Clemens should have used steroids or addmitted doing so to Congress. Its about basic liberty, individual rights, and reasonable limits on the power of government.

The perjury trial of ex-baseball all-star Roger Clemens ended in a mistrial Thursday after jurors heard statements in a prosecution video that the judge had ruled inadmissible until later in the case.

U.S. District Judge Reggie Walton said prosecutors should have modified a video that showed a congressman talking about a deposition from the wife of Clemens’ old teammate, former New York Yankees pitcher Andy Pettitte, during a 2008 congressional hearing. Walton had decided earlier that prosecutors couldn’t include references to Laura Pettitte‘s testimony unless it was brought up on rebuttal.

“I can’t in good faith leave this case in a situation where a man’s liberty is at risk when the government should have taken steps to ensure that we were not in this situation,” Walton said after Clemens’ lawyers asked for a mistrial. “I don’t see how I can unring the bell.”

The decision came on the second day of testimony in the trial. Walton set a September 2 hearing on whether to retry the case. Clemens left the courthouse without comment after the ruling, telling reporters, “I’d appreciate it if y’all would let me walk home now.”

Clemens, nicknamed “Rocket,” is accused of perjury, obstruction of Congress and making false statements about his alleged use of steroids and human growth hormone. During an appearance before a House committee in 2008, he testified that he never used illegal performance-enhancing substances during his career — a statement prosecutors say is contradicted by witnesses and physical evidence.

He faced a maximum sentence of 30 years in prison and a $1.5 million fine on the counts against him.

Clemens was one of the most feared pitchers in all of baseball during 24 seasons playing for the Boston Red Sox, Toronto Blue Jays, Houston Astros and New York Yankees. He retired in 2007 with 4,672 strikeouts, seven Cy Young awards and two World Series titles.

But that December, he was among the players named in an investigative report by former U.S. Sen. George Mitchell on the use of performance-enhancing drugs. The following February, he told the House Oversight and Government Reform Committee that steroid use was “totally incompatible with who I am and what I stand for.”

“I cannot in good conscience admit to doing something that I did not do, even if it would be easier to do so,” he told the committee under oath.

But in Wednesday’s opening statements, Assistant U.S. Attorney Steven Durham said prosecutors have needles and used cotton swabs that hold the former player’s DNA, as well as residue from anabolic steroids. Those items came from Brian McNamee, a former strength and conditioning coach who claims to have injected Clemens with steroids and human growth hormone.

Prosecutors said McNamee held on to the physical evidence for one simple reason: “He never completely trusted this man,” Durham said.

“Brian McNamee is a liar. He was a liar before this started. He’s still lying to the government,” Hardin said.