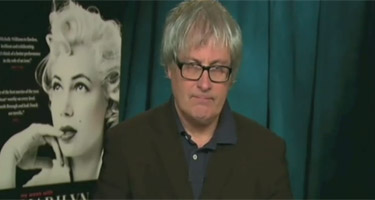 Hollywood Reporter “Mr. Hollywood” Shannon Rose recently had the chance to sit down and talk with with Simon Curtis, the director of “My Week with Marilyn” about this smash new movie that was nominated for SAG Awards (Screen Actors Guild Awards) and Golden Globe Awards.

Throughout his career Curtis has directed and produced hundreds of titles. Some of his work includes “My Week with Marilyn”, and the 1999 version of Charles Dickens’s classic “David Copperfield”, in which Curtis directed. He also was the Executive Producer of “Five Days” for BBC in 2007.

Rose talks with Curtis about his work on set of “My Week with Marilyn” and what made the movie so special to him. You’ll get the inside scoop of the making of the movie right from the director himself.