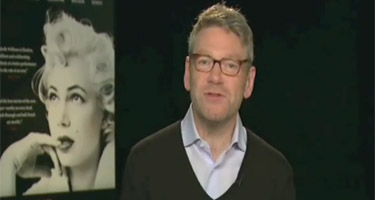 Hollywood Reporter “Mr. Hollywood” Shannon Rose has been actively reporting on the movie “My Week with Marilyn”, a movie that is making a blockbuster sweep and was nominated for a Golden Globe Award.

Brangah has been seen in many smash hit movies such as: “Mary Shelley’s Frankenstein”, “Henry V”, “Valkyrie” starring Tom Cruise, and “Hamlet”.

He talks with “Mr. Hollywood” about his role on in the movie, why he took the part and what inspires him in his work.