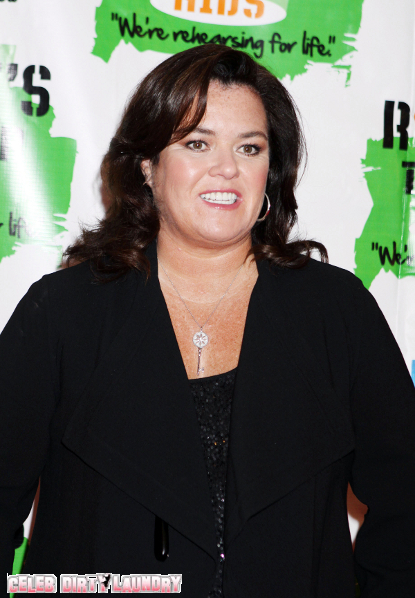 When are people going to realize that you don’t mess with Rosie O’Donnell, especially when she herself has her own talk show? After announcing her engagement this week, the talk show host wasn’t exactly thrilled with a joke made by David Letterman. So what has lil’ Rosie up in arms?

“The woman she is marrying, her fiancee, was driving … and her car broke down. And guess what happened? Rosie pulls up right behind her in her tow truck.”

On The Rosie Show, which airs Fridays on OWN, Rosie took the opportunity to comment on Letterman’s statement, which she took to be a blatant and rude remark attacking her sexuality.

“Why is that Dave? Why? I don’t remember making fun of you when you had sex with all your interns! I didn’t do that,” she said. “I didn’t make fun of your rampant, throbbing heterosexuality, did I Dave?”

And she didn’t stop there. Oh, no. Comedians never really know when to stop do they? Not really, and definitely not Rosie!

“Dave, when you had that heart surgery, you shouldn’t have told the doctors to take out that whole thing,” O’Donnell continued. “I remember when you had one, Dave, you were nice then . . . Not only do you appear to be antigay, you’re anti-tow truck driver and that just pisses me off.”

How do you all respond to this little verbal rumble? Do you think Rosie is just over-reacting, or do you think Letterman, the late night talk show host, should start being a little more careful where he lobs his jokes?