Russell Brand And Katy Perry Didn’t Have A Prenup: Their Divorce Could Get Messy! 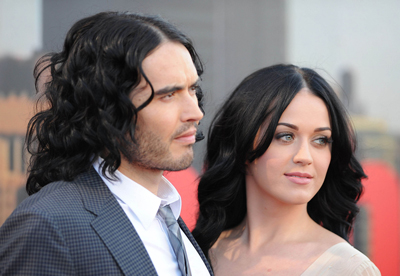 Why do celebrities get married without prenups?

As we previously reported, Russell Brand filed for divorce earlier today from Katy Perry, his wife of barely a year, and asked in the filings that rights to their “community property assets” be determined.

In non-legalese, that means that Russell and Katy will likely have to negotiate whether one of them will keep or whether they will jointly sell their assets, including their $6.5 million Hollywood home and $2.7 million New York penthouse. This could drag out their divorce proceedings and make their split tense, especially considering that back in October 2010, days before his wedding to the 27-year-old pop singer, Russell told reporters that he and Katy weren’t signing a prenup!

“It ain’t selling the pictures, ain’t doing no prenup. It’s like a normal thing,” he said at the time.

Without a prenup, this means that the comedian could be walking away with a chunk of money since California, where he filed the divorce papers, is a community property state, and the law would entitle him to half of the money Katy made in the past year while they were married. And since, according to the Huffington Post, Katy’s net worth is estimated to be much higher than Russell’s, thanks to her perfumes and sold-out concerts, this means he could walk away with a chunk of change!

Still, we shouldn’t take the Get Him to the Greek‘s star word that the couple didn’t sign a prenuptial agreement. After all, this is the same man who only months ago said that he was happily married!