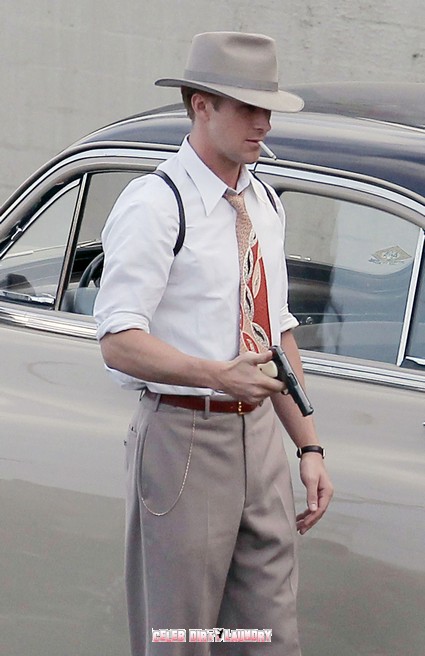 Does Ryan Gosling not seem to be everywhere these days?  I’m serious, either he has an amazing look-a-like, or he is one busy fella!  He was just recently in Toronto, with a New York stop somewhere in there, and now the Drive actor is busy working away in Los Angeles on the film The Gangster Squad.

It’s an understatement when I say his star is on the rise; he just finished promoted The Ides of March with George Clooney, and is now reuniting with his co-star Emma Stone from Crazy, Stupid Love who will once again play his love interest in Gangster.  They do make a pretty cute couple.  Also starring alongside Ryan is Josh Brolin, Giovanni Ribisi and Anthony Mackie.

He was spotted last night looking like quite the distinguished gentlemen – and all gangster-like – while shooting some scenes for the movie.  Check him out folks..nothing negative to report here!