Ryan Reynolds And Charlize Theron Split – Were They Even Together? 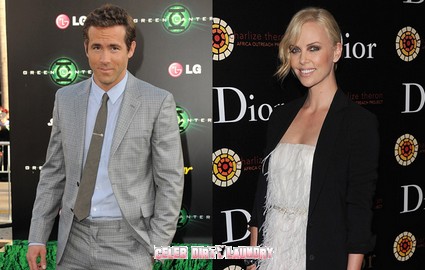 Looks like this one ended before anyone could say ‘boo’!  And were they really together?  According to Us Weekly, after 2 months of dating Charlize Theron, 36 and Ryan Reynolds, 34 have called it quits.

Well that’s a darn shame cause god damn those two look good together!  Yum and yuminess! So what went wrong you guys?

A source told the magazine, “He only wanted something casual, but she’s in a rush to settle down, have kids and start a family since she’s getting older”.

The same source also revealed that Charlize “didn’t take it very well when he broke it off.”  Um, obviously.  Who wouldn’t be a sad crybaby if Ryan Reynolds broke up with you?

Oh calm down Charlize and don’t hang your head in shame, there’s always plenty more fish in the sea!  Just not as gorgeous as Ryan, sorry.