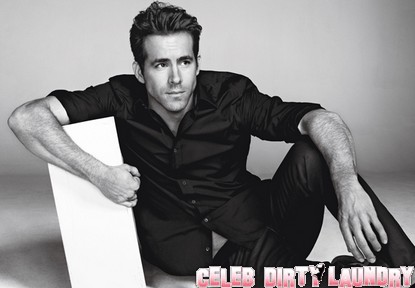 I think it’s safe to say that no one enters a marriage thinking that it’s going to end up in divorce.  Even if you’re a Hollywood couple like Scarlett Johansson and Ryan Reynolds, who’s 2-year marriage recently ended in the big D.

Reynolds recently revealed to Details magazine, “Anyone who gets divorced goes through a lot of pain, but you come out of it. I’m not out of it yet. At all. But I sense that as I do come through it, there’s optimism. How can there not be?”

Poor Ryan!  And I’m sure the fact that Scarlett has been linked to actor Sean Penn, doesn’t help.

He also went on to say, “(Dating) just seems so kind of alien to me at this point. I’ve been in relationships pretty much since high school…I don’t think I (ever) want to get married again, but you always reevaluate these things.”

The Green Lantern star, and People’s Sexiest Man Alive, will no doubt bounce back.  He’s had a steady career, and has proven that he’s got good acting chops whether it be through comedic roles or dramatic.  I have no doubt his bruised heart will heal up just fine; perhaps a rebound is in order?  What do you think, who do you see Ryan paired up with next?