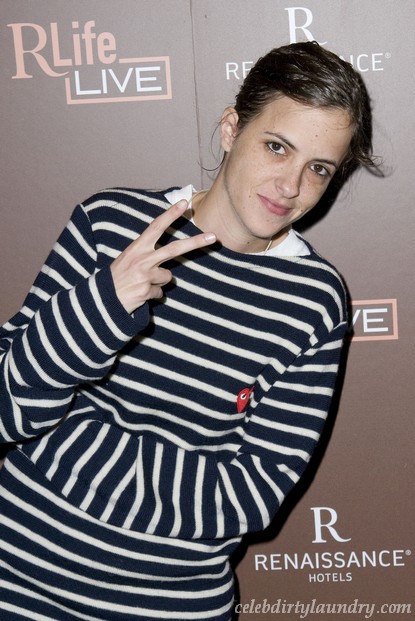 Lindsay Lohan was said to be steaming mad that her ex-girlfriend Samantha Ronson was slobbering all over some random chick. Now, we’ve learned that the random chick’s name is Tiffany Russo and she’s a divorced yoga instructor!

Lindsay went into a rage when the photos of Sam kissing another girl were released on the internet. Since, we’ve learned that Tiffany is 34-years-old, a yoga instructor and she used to be married to a guy.

RadarOnline has the scoop:

Divorce papers from 2006 confirm, Russo was married to her husband for seven years and four months and cited irreconcilable differences for the reason behind their split.

The flexible female was once the bar manager at the Roosevelt Hotel’s nightclub, Teddy’s, where ironically, Ronson and Lohan are regulars.

Russo’s passion for yoga will explain why she was showing off her moves during the date with Ronson, when she took to the sidewalk to do some stretching, before getting hot and heavy in her car.

It’s good that Samantha is actually moving away from any destructive relationships. Forget Lindsay, she seems to be nothing but trouble.