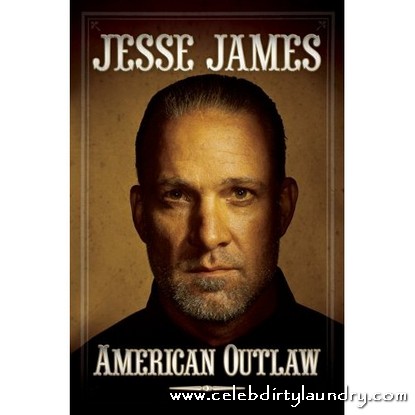 Sandra Bullock is reportedly furious about her ex-husband’s soon to be released tell-all book ‘American Outlaw’.  Sandra is pissed off details her former spouse Jesse James could reveal about their relationship and his extra-marital affairs and because of his decision to write the autobiography she has told him she no longer wants to remain friends.

They were friends after he screwed her over so badly?  According to a source: “He didn’t warn her about the book at all – she had no idea he was even considering it until after he’d signed the contract.  She’s devastated.  Sandra’s told Jesse they can no longer be friends – even for the kids’ sake.  She decided she has to put herself first.  She couldn’t deal with him anymore.”

The couple separated in March 2010 – just days after her Best Actress Oscar win for her performance in ‘The Blind Side’ – after it was revealed the ‘Monster Garage’ host had been cheating on her with tattoo model Michelle ‘Bombshell’ McGee as well as several other women.

They subsequently divorced last June and Jesse is now engaged to tattoo artist Kat Von D.  Since they marriage ended, Sandra has continued to play a role in the lives of Jesse’s children, Chandler, 16, Jesse Jr., 13, and six-year-old Sunny, from previous relationships.

The 41-year-old actress also raises a son Louis – adopted by her in January 2010.  Speaking about his book recently, the 41-year-old motorcycle entrepreneur insisted it would be a very frank read.  He said: “I’ve lived a pretty crazy life.  My life has been defined by many things and I just wanted [the memoir] to be a good story.  People claim to know everything about me, when they actually know nothing.  But once you read this, you will know everything – the whole story, right here.”

What was Sandra thinking when she hooked up with Jesse in the first place?