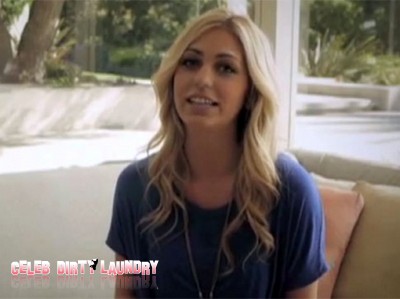 In a brief interview with TMZ Sara Leal refused to take responsibility for causing Demi Moore to divorce Ashton Kutcher. Saying that she was simply a ‘bump in the road’ and implying that there had to be much more to the story than her one- night-stand with Kutcher in September, Sara seemed put off about her entire association with Kutcher. Sara made it clear that she did not appreciate being lied to by Kutcher who claimed that he was already separated the night they had sex.

TMZ reports: “Sara Leal — the 22-year-old blonde who allegedly slept with Ashton this summer — insists she isn’t responsible for the actor’s crumbling marriage to Demi Moore … telling TMZ, she was just a “bump in the road.  Sara tells us, Ashton and Demi were having problems long before she came along — but was she the straw that broke the camel’s back?”

Whatever Sara has to say on the topic now, we are certain that her affair with Kutcher appearing on every tabloid since she went public with the sordid details in October led to Demi’s decision to end the marriage. It’s one thing to know that your husband is a cheating bum – but it’s even worse to have the entire world read about it… and in graphic detail.

To quote Sara’s remarks on her September 24th romp with Kutcher :  “We had sex twice. Everything felt natural. We were having a good time. One thing led to another. He was good but it wasn’t weird or perverted or creepy. I was attracted to him and he was attracted to me. He had great endurance. We were up for a while. It was about two hours.”

“In the hot tub it was me and my friend Marta and Ashton and his friend. Later my other girlfriend, Alexis, joined us but she just put her feet in and didn’t take her clothes off. Ashton looked hot naked. Alexis started asking all these random questions. She was like, ‘Aren’t you married?’ He said, ‘I’m separated.’”

That was some of what Sara had to say when she went public – now she is acting rather demure – check out the video below: