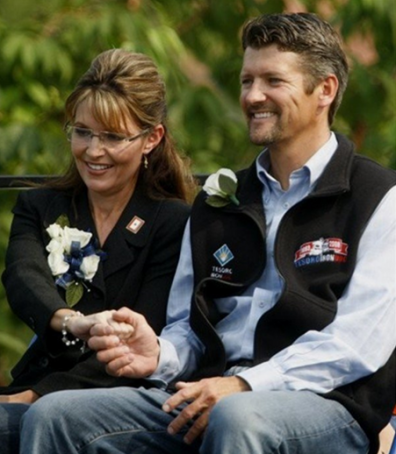 Sarah Palin’s husband Todd Palin is involved in a lurid sex scandal according to The National Enquirer.

News is out that the father of the couple’s five children cheated on his wife with a female massage therapist who was then busted for prostitution.  The scandal not only has the potential to sabotage Palin’s possible 2012 White House bid, but also threatens to destroy her marriage, sources say.

The Enquirer claims they have uncovered official documents confirming the woman’s arrest, and learned police have confiscated physical evidence that could tie Todd to an alleged extramarital affair.

The Enquirer also claims to have uncovered documents that show the woman  – identified by bloggers as Shailey Tripp – contributed free massages to an anonymous person working for Sarah’s campaign for governor of Alaska.

Representatives for Todd Palin naturally deny he cheated on his wife – allegations of his extramarital affair surfaced on January 4th when an anonymous tipster sent out messages to news outlets making the allegation using the e-mail address thepalinmorals@hotmail.com.

The tipster wrote: “My sources reveal that a massage therapist and computer technologist, Shaily Tripp, had an affair with Todd Palin that lead (sic) to her arrest March of 2010,” claimed the anonymous e-mail,” and continued, “According to the tenants in the building of her offices, they saw Todd come and go often and heard noises that sounded like someone was having sex. It was the same tenants who called the police on her.”

The Enquirer claims their investigation has confirmed Tripp, 36, was arrested on March 4, 2010 in Anchorage and charged with maintaining a house of prostitution.

Tripp pleaded no contest on June 13, 2010 with sentencing set for June 15, 2011.  She agreed to complete 80 hours of volunteer service, not post advertisements on CraigsList and pay a fine of $500.  If she meets with these conditions, Tripp can withdraw her plea at the sentencing hearing and the case will be dismissed, records show.

One thing for certain – Sarah has now put a security team on Todd – LOL!