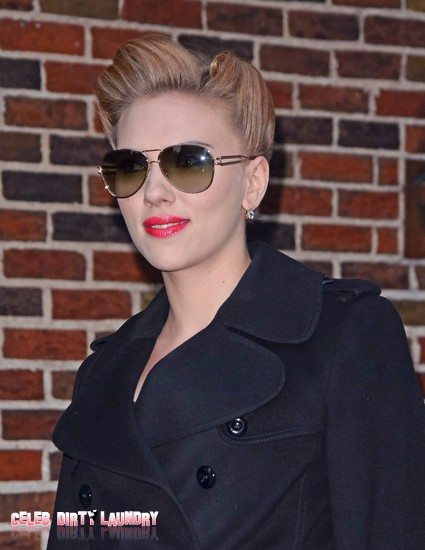 Scarlett Johansson is crushing on British rocker Dan White. Dan is with the band named Tribes and met Scarlett while she was filming in London – immediately the pair hit it off. The couple are already figuring out how to manage their long-dirstance relationship. Let’s hope they don’t rely upon sending intimate photos or messages electronically! After all, we know that ScarJo was already hacked once with the consequence that her nude photos spread all over the Internet – and onto our site as well.

The Sunday Mirror reports that according to a secret source: “They met in London recently. Scarlett was shooting the film ‘Under The Skin’ in the UK and they were introduced at a club night in town.

“They got on like a house on fire and Scarlett was into his band’s music. There was an instant connection. They’ve been seeing each other for a good few weeks. Dan’s proper happy about it- and what guy wouldn’t be? He already thinks the world of Scarlett.

“Dan thinks she’s an amazing girl. They both have incredibly busy lives but are going to see where things go. Dan’s band Tribes is only just taking off and Scarlett has a lot of work on. So who knows?”

Since Scarlett split with husband Ryan Reynolds in December 2010 she has been linked with several men – including Sean Penn, Justin Bartha, Justin Timberlake, Joseph Gordon-Levitt, and even her ex, Ryan Reynolds.

Scarlett has said that she likes a man who is a little bit ‘bad’: “I’m attracted to the quality of being adventurous and perhaps a bit mischievous. And also questioning authority and being proactive. If that makes up a quintessential bad boy, then whatever.”