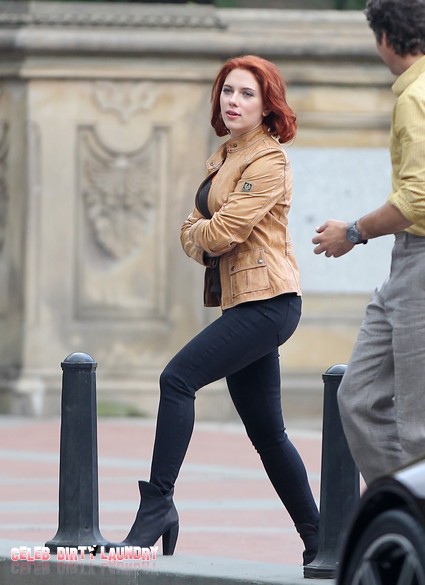 Scarlett Johansson must be one of the dumbest A-listers ever. ScarJo says that she is attracted to bad boys but she was married to Ryan Reynolds who is a total ‘good’ boy.

It’s true that Scarlett dated Sean Penn – who used to be a bad boy but is now just an anti-American jerk – for five months this year after her marriage to Ryan but her list of genuine bad boys comes up short.

Scarlett said: “I’m attracted to the quality of being adventurous and perhaps a bit mischievous. And also questioning authority and being proactive. If that makes up a quintessential bad boy, then whatever.”

What does it mean to be ‘proactive?’ Proactive about what?

Scarlett insists that she won’t tolerate nastiness or bullying behaviour – Okay Scarlett – do you tolerate stupidity, you better.

She added in an interview with America’s Cosmopolitan magazine: “I’m not at all attracted to meanness or bullying. I do think conviction is attractive. I mean, really, who doesn’t?”

Why is ScarJo popular? She is an idiot.