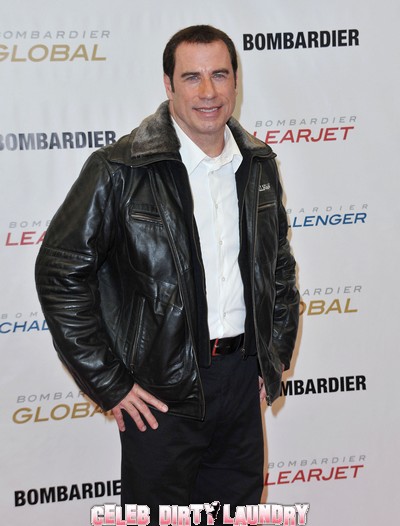 A KFC restaurant in England has refused to hold a table for John Travolta and his Scientology crowd.

The 57-year-old Scientologist was in Britain to attend an annual meeting of Scientologists at Saint Hill Manor, which was purchased by the sci-fi cult’s founder, L. Ron Hubbard, in 1959 and now serves as the cults UK head office.

When Travolta’s assistant called the nearby East Grinstead, Sussex, branch of KFC to ask if they would hold a table for his boss, the clerk did not believe them and refused to fulfill the request, saying that Travolta would have to line up like any other customer.

However, a spokesperson for the KFC has offered Travolta the chance to come back whenever he wants – oh joy!

The representative said: “Staff thought it was pure fiction when someone called up to book a table for John Travolta, but it turns out we really are the one that he wants! We’re sorry for the misunderstanding, and we’d love to invite him for a meal next time he’s in the vicinity.”

The worker, who did not want to be named – perhaps fearing reprisals from the crazy Scientologists, revealed he was only told the table was for a “Mr Travolta.”

He said: “To me, customers are customers, no matter who they are. It doesn’t make a difference if someone is famous. The lady who called didn’t give me her name, she just said it will be for a Mr. Travolta. That threw me a little bit. I thought it might be a load of nonsense, but she seemed pretty serious.”

I guess the Colonel wasn’t a Scientologist.