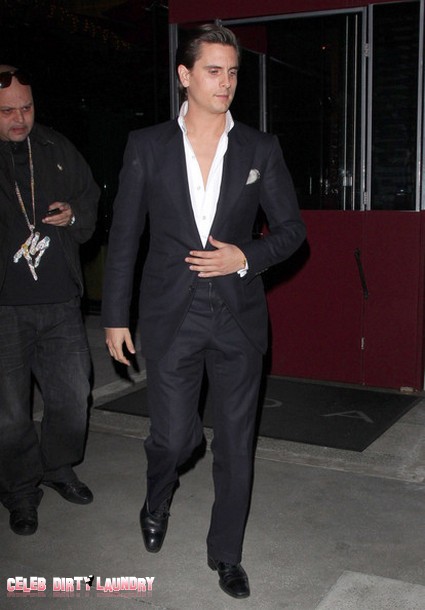 Kourtney Kardashian, 32, is pregnant with her second child with her live-in lover Scott Disick and reportedly Scott is planning to ditch her and their children.  If you have been watching this season of “Kourtney and Kim Takes New York” it is clear their relationship is far from perfect.  Regardless Kourtney keeps pretending that her relationship with Scott is better than ever.  Insiders say that the tension between them is obvious and that the second baby on the way has not helped matters.

From In Touch print version: “The magazine has learned that, unbeknownst to Kourtney, Scott has hatched a secret plant to ditch her, their son, Mason,2, and the new baby – and move cross-country to New York.  According to a close friend, Scott has been reaching out to his old group of buddies in New York and telling them that he can’t wait to get away from Kourtney and her family for a while, start parting again and launch a club in the city.  Scott wants a place in New York City where he can escape the family and get some space to do his own thing, a friend revealed.”

Scott is in the relationship for the fame and the money he makes and as long as he can sponge off her he is sticking around, no matter how bored he is.  It looks like Kourtney found someone that is as big a famewhore as the Kardashians….