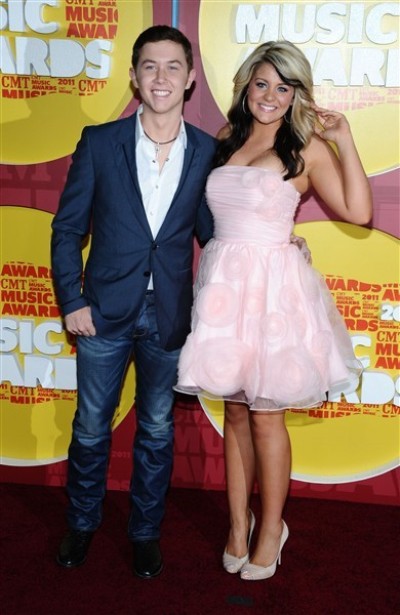 We’ve heard the rumors of Scotty McCreery and Lauren Alaina dating and both have adamantly denied it. Well, I want to believe they are telling the truth, but from how cute and happy these two look at the CMT Awards show tonight, it’s hard to not to think there is a little romance going on between the two of them.

It’s only been a few weeks since Scotty McCreery became the winner of American Idol, but his career is already moving at full speed! The 17-year-old country crooner debuted his first single, I Love You This Big on the Idol season finale and this week there was a second single leaked, Out of Summertime, but it was quickly taken down.