Sean Bean Stabbed With A Piece Of Glass 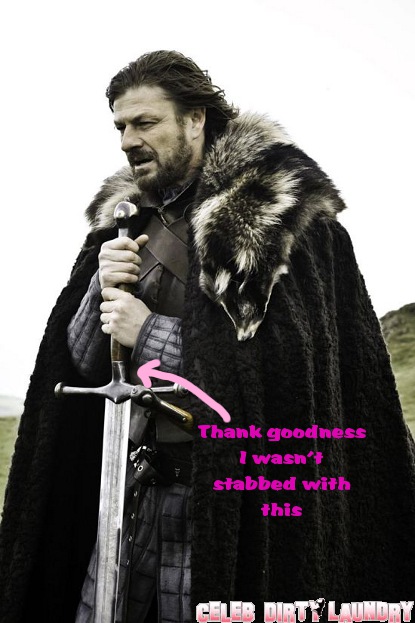 Sean Bean, currently an actor on the wildly successful HBO show Game of Thrones, was stabbed in the arm after a passerby began making not-a-so-nice comments to his lady friend, Playboy Bunny April Summers.

The two were reportedly outside a London bar when the pedestrian began yelling crude comments to the twenty-two year old Bunny. Of course, Sean stood up for his friend (girlfriend?) and eventually found himself in a less-than-desirable situation. The brawl ended with the actor getting stabbed in the arm with a piece of glass. Ouch.

But being the tough guy Sean Bean is — apparently both on and off screen — the actor refused to seek medical attention. Instead, he found solace in the bar with a strong drink and the bar’s first aid kit. Pretty bad ass, Mr. Sean. If April wasn’t your girlfriend before, you definitely have a shot now!  Don’t worry about the significant thirty-year age difference, or the fact that you have four ex-wives . . . I’m sure those things won’t bother her.

Nurse thy flesh wound, Eddard Stark, Lord of Winterfell and Warden of the North! Nothing good shall come of infection.