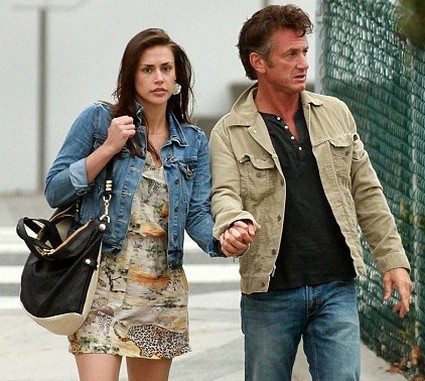 Sean Penn, 50, still moves fast for a middle-aged gent.   Sean has been photographed holding hands with a mystery woman just weeks after his romance with Scarlett Johansson came to an end.  Sean enjoyed a brief relationship with Johansson following the break down of her marriage to Ryan Reynolds, which ended in divorce last week.  I am sure Scarlett is not going to be happy when she see these pictures of Sean with his new love.

Penn and Johannson reportedly parted ways in mid-June and the actor is rumoured to have moved on from the failed love affair after he was spotted walking hand-in-hand with a pretty brunette on Sunday where they attended a 4th of July party in Los Angeles.

The pair was previously spotted jogging together in Santa Monica last week.