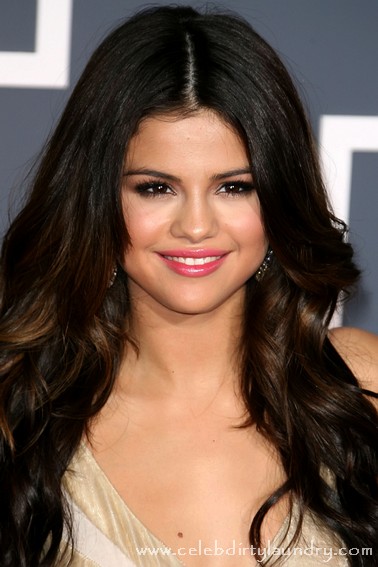 Disney star Selena Gomez, 18, who is rumored to be dating Justin Bieber, 16, has said she does not understand why everyone is so interested in their relationship.  Selena who has been seen vacationing with Justin and holding hands with him admits she has feelings for him.

“I love him. He’s been in my life a very long time. He’s my friend.  I think it’s awesome people are interested. I don’t understand why.” But the star of TV’s Wizards of Waverly Place said she would not be seeing Bieber on Valentine’s Day. “I’m actually going to be working all day, so my Valentine will be my fans.”

Selena who has dated hottie Twilight Star Taylor Lautner and Nick Jonas once said she could not date Justin because he was like her brother.  However, from the pictures that have been circulating of the two of them it looks like that has all changed and she does not think of Justin as a little boy anymore.  Meanwhile in a recent interview Justin hinted he was dating someone special.