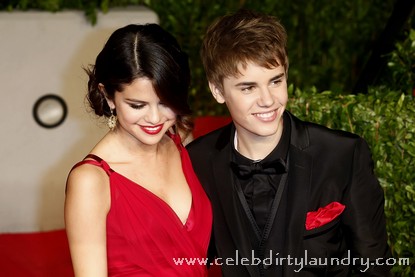 All eyes have been on hot, Hollywood powerhouse couple Selena Gomez and Justin Bieber. These two artists have been spotted many times getting cozy, but now the question is whether they will take their chemistry to the recording studio. Gomez was questioned about this at the Kids’ Choice Awards last night in Los Angeles.

“I don’t know,” Gomez said tentatively about doing a duet with boyfriend Bieber. “You know, with my friends, I always make sure that I try to keep like family and business separate because it doesn’t really go well sometimes… I don’t know about that. We’ll see.”

Gomez later said that she would be open to the idea. As for the teen celeb’s future, she told E!, “Ultimately I’d like to slow everything down and just do acting for when I’m older. But right now I have a passion for music. I’m young and I love traveling and I’m kind of embracing all that.” Only time will tell how long it takes Selena to become another washed-up Disney teen star.