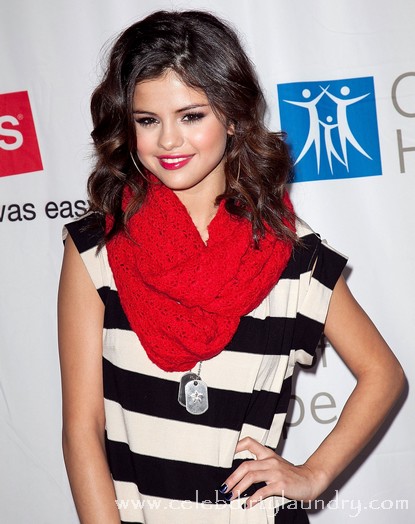 When her relationship with Justin Beiber was just surfacing Selena Gomez was asked by Ellen DeGeneres what exactly was going on between the two of them romantically.

“He’s little.  He’s like my little brother,” responded Gomez, 18, about Bieber, who turned 17 on March 1.   But when Selena Gomez returned Tuesday to Ellen’s show the TV host asks Gomez again, “He’s like your little brother? … What do you have to say now?”

“I don’t know.  I don’t know,” replied Gomez, who’s been silent about what exactly is going on between her and Bieber.   “Well,” pressed DeGeneres, “you were trying to hide it still, right?  But now you’ve made it public.”

Suggesting this is more than simply a brother-sister relationship, DeGeneres also says, “You went to the Vanity Fair Oscar Party [together] and made me a fool.”   With a laugh, Gomez replied: “No, I really didn’t.”

DeGeneres, sounding something like a Mother Hen: “That would be wrong and weird in so many ways.”

Capping the discussion, DeGeneres presents Gomez with a pillow to take with her on tour.  It has a picture of Justin Bieber on it – so Gomez will not miss him.