Selena Gomez Constantly Talks To Justin Bieber On The Phone 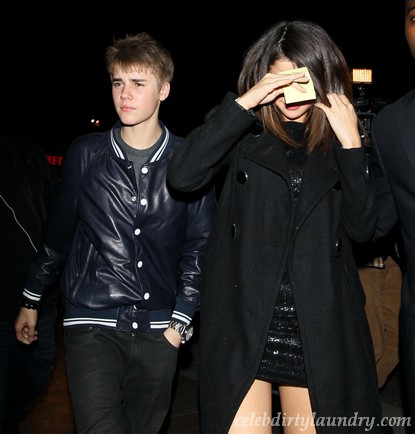 Disney starlet Selena Gomez says that she is constantly on the phone talking to boyfriend Justin Bieber!

While he performs his U.K. tour, Selena says that she and the Biebz are in constant communication. I wonder if he called her during his fan riot earlier today?

According to reports, Justin has warned even the security guards not to interrupt him while he’s talking to Selena. An inside snitch said, “Justin will break the hearts of thousands of his Irish Beliebers because he’s been on the phone nearly 24/7 to Selena during the Ireland visit. They’ve been texting, calling and even tweeting around the clock to keep in touch. He keeps telling everyone how much he missed her.”

Reportedly, Justin even splashed out $3,000 on a diamond encrusted bracelet for his one and only.