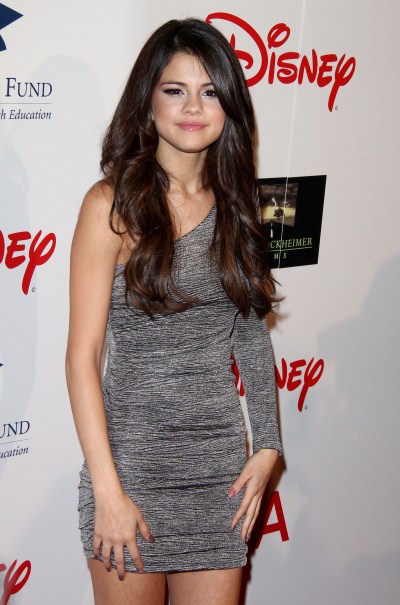 Selena Gomez does not believe that Justin Bieber is Maria Yeater‘s baby daddy – and she is “standing by her man” despite claims by Yeater that Justin fathered her child.

Although Selena left the US yesterday without Justin sources claim they are “young and in love” and she is not concerned about Mariah Yeater’s claims that she had backstage sex with Justin that resulted in her having his child.

A source told RadarOnline.com: “They’re still together. Selena simply left the country because she had a scheduled appearance at the MTV European Music Awards (EMAs) she’s hosting. She is standing by her man.”

Justin is set to join Selena, 19, at the EMAs in Belfast, Ireland, Sunday night.

Justin, 17, strongly denies 20-year-old Mariah’s claims that he is the father of four-month-old son Tristyn Anthony Markhouse Yeater. Mariah says she and Justin had a brief (30 second!) sexual encounter in October 2010, following his performance at Los Angeles’ Staples Center.

Speaking yesterday Justin told the ‘Today’ show: “Never met the woman. I’d just like to say, basically, that none of those allegations are true.”

It has also emerged that Mariah made a paternity claim against her ex-boyfriend and was later arrested after slapping him.

According to TMZ, Frances Lippe said Mariah had been dating her grandson, John Terranova, in Las Vegas while in high school. The pair had fought after Mariah claimed he was father to Tristyn and she hit him in the face, resulting in charges of battery.

Court papers show she was arrested on December 21, 2010 on suspicion of battery domestic violence, injury/destroying property of another and making threatening telephone calls.

Looks like Maria Yeater is some piece of work. Who put her up to this apparent hoax? It was Star Magazine that broke this rather questionable story. Makes you wonder what is really going on here…