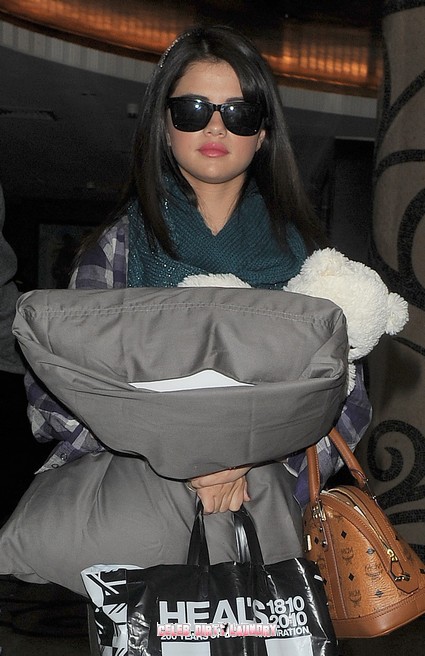 Justin Beiber has just rekindled his relationship with old boyhood friend, Christian Beadles which would not be a big story except it means he is probably re-established contact with Christian’s older sister, Caitlin.  Caitlin Beadles used to be Justin’s girlfriend and that could definitely be bad news for Selena Gomez.

It all started in 2008, before Justin Bieber became a world-famous superstar. The younger Justin Bieber and his even younger buddy used to hang out together, working out and making YouTube videos. Not surprisingly, Caitlin sometimes hung out with her brother and his cute older buddy.

Evidence of their romantic vacation is preserved on Twitter. Caitlin’s June 6, 2010 tweet read: “Bahamas here I come! Gonna be an awesome week!” It was followed 10 days later by: “What happens in the Bahamas stays in the Bahamas!”

To which Caitlin replied: “I hate when you have to leave. It’s like half of me is gone. I miss you already!”

What can Selena Gomez be thinking?

Now that Justin Bieber and Christian Beadles are together again, he’s bound to see Caitlin too… and we know what that could mean. No one ever forgets his or her first love.