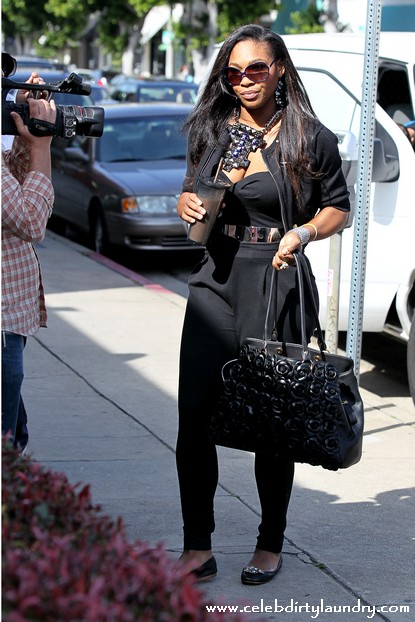 The Women’s Tennis Association has just announced its new “strong is beautiful” campaign and Serena Williams is already creating a scandal.  Serena is being chastised for posting (and then quickly removing) a sexy Twitter avatar.

Williams put up the picture of herself standing in high heels and wearing nothing more than matching undergarments on Thursday afternoon. She took it down hours later, but not before the criticism began.

“Someone must have gotten to her and suggested something about common sense and hypocrisy,” wrote Greg Couch of The Sporting News.

He’s referring to the recent arrest of a Florida man accused of stalking the tennis star. The 40-year-old man was arrested last week on the grounds of Williams’ Palm Beach estate. One month earlier, Williams took out an injunction against the man, who used her Twitter updates to stalk her in various locations, including in the dressing room of a television studio. Couch doesn’t say so directly, but he’s basically suggesting that Serena putting up a voyeuristic photo of herself in a bra and panties emboldens stalkers.

Stalkers are sick people and suggestive Twittering is obviously not responsible for sexual predation which predates electronic communication by many thousands of years. Nevertheless Serena’s Twitter is in bad taste – as usual.