Serena Williams Pulmonary Embolism – Is She On Steroids? 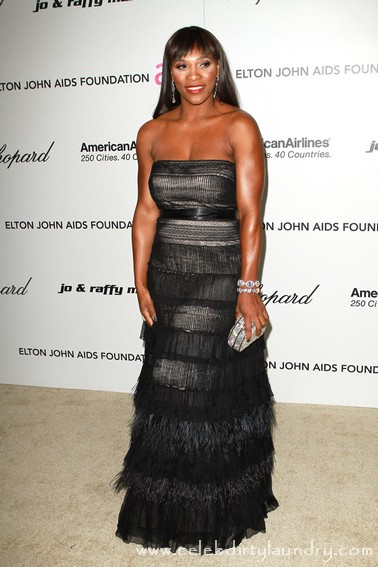 Serena had been spotted at Cedars-Sinai Medical Center in Los Angeles several times over the past week.  When contacted about the visits, Serena’s representative, Nicole Chabot, confirmed the athlete’s heath status was serious.

“Monday Serena Williams underwent emergency treatment at Cedars for a hematoma she suffered as a result of treatment for a more critical situation,” the rep says in an exclusive statement.

“Last week, Serena suffered from a pulmonary embolism [a blood clot in the lungs] which was discovered upon her return to L.A.  She had been in New York for doctor appointments for the ongoing issues with her foot.”  The rep added, “Doctors are continuing to monitor her situation closely to avoid additional complications.”

One potential cause of this health issue that you won’t hear about from Selena’s rep is anabolic steroid use.  Many professional athletes, including female tennis pros, use anabolic steroids to enhance their performance – but these drugs also often lead to polycythemia, a condition in which there are too many red blood cells.  This steroid induced, polycythemic condition is one of the common causes of the development of a pulmonary embolism.  When a young and amazingly fit athlete winds up in emergency treatment for a blood clot it is likely that the cause was not ‘natural.’