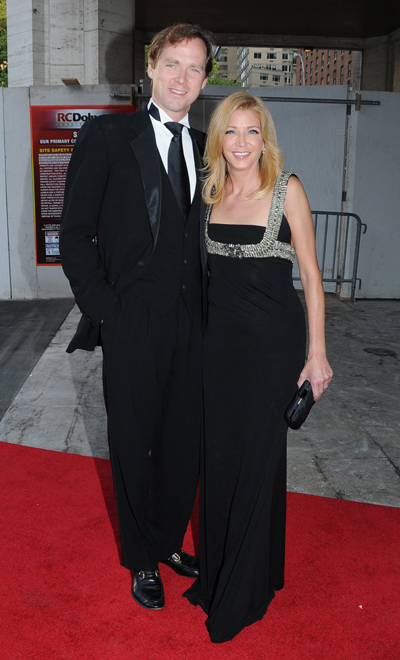 Carrie Bradshaw may have gotten her happy ending at the end of the Sex and the City TV show and movies, but the same can’t be said for SATC‘s creator Candance Bushnell, whose romantic life sounds like more the plot of Black Swan.

According to Page Six, the 53-year-old writer, who authored the sex columns on which the popular HBO franchise was based, has filed for divorce this week from Charles Askegard, her ballet dancer husband of nine years. Reportedly, Charles, a former dancer with the NYC Ballet, was carrying on an affair with a much younger ballerina named Georgina Pazcoguin. And when Candace discovered the extramarital relationship, she was reportedly crushed and even went as far as to call-out the 25-year-old dancer as his mistress in the divorce papers!

“The divorce was proceeding amicably, then Candace found out about Georgina and became very upset. She believes their affair could have gone on for some time. Humiliated, it was her idea to take the unusual step of naming Georgina as a co-respondent in the divorce papers,” said a source to the newspaper.

Supposedly, Candace had no clue about the affair and had even invited Georgina to her husband’s retirement party at their apartment back in October, which has got to sting. Having your husband cheat on you with a total stranger undoubtedly hurts, but to have his mistress be a guest in your home is a whole, other level of deception.

According to her biography, Georgina is considering a career in theatre or film after she retires from ballet. However, it’s probably safe to say that she will not be working on any of Candace Bushnell’s future TV or film projects!