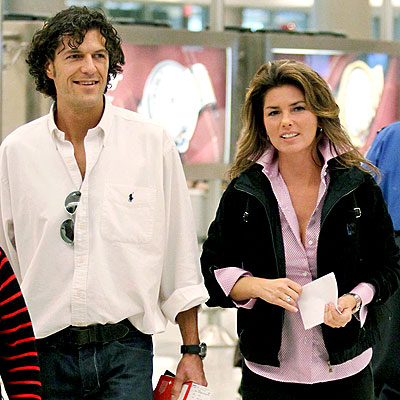 It is the second marriage for Shania she was previously married to Robert John “Mutt” Lange the two were married for seven years and divorced June 2010 they have a son Eja D’Angelo.  Shania and Frederic were married in a private mansion in Puerto Rico.

TMZ further reports: Last night, the guests were treated to a private fireworks show. After the couple exchanged their vows, the entire wedding sang the song, “All You Need Is Love.” We’re told Shania sang at the reception afterward.

Now here is the weird thing apparently Shania’s husband left her for her best friend Marie-Anne Thiebaud the wife of Frederic.   Guess they believe in keeping it all in the family.  Regardless, congrats to Shania and Frederic!