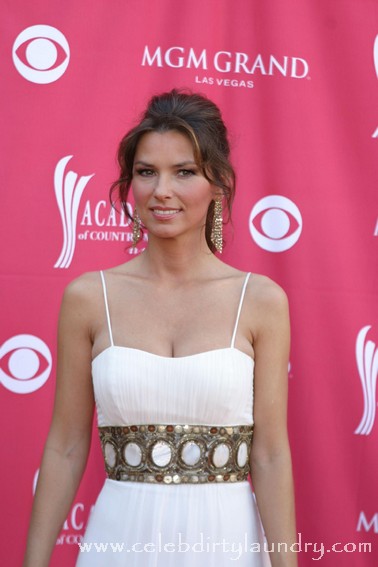 Canadian country-pop singer Shania Twain, 45, who recently married Swiss business executive Frederic Thiebaud has apparently lost her singing voice.  Shania is desperate to get her career back on track and has turned to vocal coaches and friends, including Gladys Knight and Lionel Richie, to “re-find her voice”.

In a new documentary series featuring Shania called “Why Not?” it follows her as she “sets out on a tour of healing, sharing and rediscovering her voice” after struggling with her personal life and career.  She meets vocal doctors, coaches and people who’ve experienced hardships similar to the ones she has gone through.

The Oprah Winfrey Network says it will debut “Why Not? with Shania Twain” on May 8, 2011.