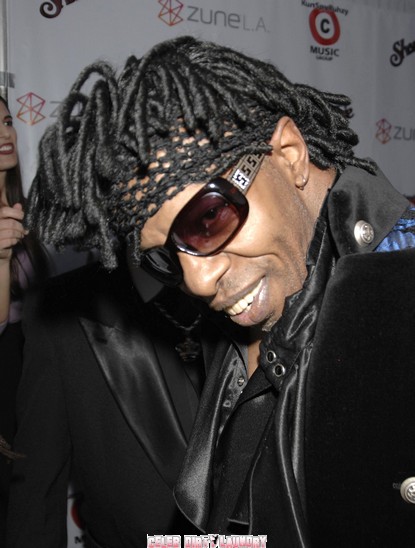 Sly Stone, 68, most famous for his role as frontman for Sly & the Family Stone, a band which played a critical role in the development of soul, funk and psychedelia in the 1960s and 1970s was arrested for cocaine possession.  He will be appearing in a Los Angeles courtroom today and the arrest was in April 2011.  April Fool’s day to be exact LOL.

TMZ has the scoop: Stone — real name Sylvester Stewart — was arrested on April 1 … after LAPD officers say they found freebase cocaine on the 68-year-old during a vehicle search.

Sly’s attorney, James Silverstein, who tells us Stone was riding in a buddy’s camper vehicle with some friends  … when it was pulled over for a routine traffic violation.  During the stop, Silverstein says, cops searched the vehicle and found the coke.  Stone was arrested and hauled to a nearby police station.

Hey what is wrong with the dude at 68 he is suppose to be a grandfather and enjoying his grand kids, not getting caught with cocaine.  Loser!  Time to grow up!