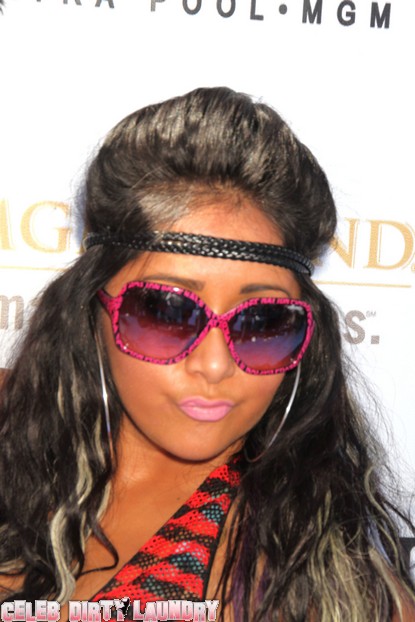 I seriously did not know Snooki knew how to read, let alone write books. Apparently, someone thought that her first book was so good that she has secured a deal to write another one. And get this, this book is going to be about style! Ha! Coming from some orange midget who thinks tiger stripes go well with leopard prints, this ought to be good.

Obviously, she has enlisted the help of a ghost writer, primarily because no one has ever accused her of being smart. The Snookster was asked on Twitter about when she was planning on putting more words on paper. She responded, “In November! Stay tuned babes”.

Seriously?!? Did enough people actually read her first book that someone said, “Let’s give this chick another chance to show the world that she has some degree of intelligence”???

How many people do you know want to dress like Snooki? And I’m not talking about as a Halloween costume, either. Does she really believe that she’s got what it takes to be a style icon? This is Snooki we’re talking about here, not Victoria Beckham.

What do you think of this craziness? Would you buy Snooki’s book?