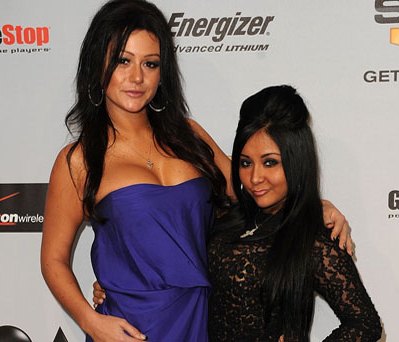 In case you hadn’t heard, Snooki and JWoww have signed on for their own reality show!

According to reports, there is a lot more to this show than just gym, tanning and laundry ala Jersey Shore. Yes, they will actually have to face real life problems! Who knew?

The storyline — Snooks is finally moving out of her parents’ house and into a place with Jwoww — but, (surprise!!!) she’s totally unprepared to deal with actual real-life problems.

For example … the two have their sights set on a $1.5 million pad, but they don’t know what a mortgage is … or how to write a check … and they keep getting distracted by the “hot” mortgage broker.

But conflict erupts — so says the docs — because during their cohabitation, Snooki … gasp … “made a mess of the bathroom and didn’t change the toilet paper.” She also “ate a ton of Jwoww’s food” … and anyone who’s ever had a roommate knows that crap don’t fly.

Wow, so these chicks don’t even know how to write a check? This sort of thing makes me pity the future here on Earth. And how do you *not* know what a mortgage is??? Oh, that’s right — they’re used to having everything handed to them on silver platters.